There are plenty of new features and enhancements like:

There are a few more as well as a list of known issues resolved.

Release notes for the product can be found here.

Complete list of new features and enhancements could be found here.

Tomorrow starts VMUG Virtual EMEA 2017 – it is a great oppportunity for all of those who missed VMworld or was not able to participate in-person or even online. It is a huge oportunity to learn about newest technology from VMware and supporting companies, play around with dedicated Hans-on labs and so on.

You can register for the event here.

As of VMUG website definition it is a FREE day-long event is meant to empower you through education, training, and collaboration – all with the goal of improving your projects and impacting your career.

I highly recommend to attend it 🙂

In the previous part importing steps of Dukes Bank Sample Application Blueprint were described. Now it’s time to perform additional configurations steps to makes it works. (If you thought that you will be able to request sample three-tier app out of the box after you import it, you were wrong! Do not worry I overinterpreted it also when first seeing it during a training long time ago ;))

But going back to vRA Dukes Bank App – after successful import you have to configure the blueprint.

First of all you must prepare Centos template for the blueprint. There are following prerequesities:

That’s it now you are ready to resuest and test your sample Dukes Bank Application.

It is almost a tradition or habbit for me to share my experience about VMware exmination taken so far.

Well, it happened, I eventually passed the VCAP6-CMA Design exam which together with previos passed VCAP6-CMA Deploy exam gave me VCIX6-CMA tiltle and badge. It looks like this: 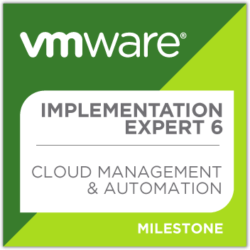 Nothing special, it was not an easy way to get it, though!

The biggest problem with that IMHO is that it is and old version which is based on vRA 6.X, whilst we currently have 7.3 available since sometime already..

Besides that I experienced a few additional problems with Pearson Vue/ VMware certification engine which made me to take it each exam more than once.  And still it’s version 6 and a few days ago VMware announced new versions of VCAP certs, however that’s only Design ones.

There is nothing more to do right nowe, just prepare for new version 🙂 which as a certification addicted I will for sure try to gain.

P.S. to be honest VCAP6-CMA Design exam was the most tricky one I have ever took so far.

Have you just installed the vRealize Automation in your lab and do not know how to start the journey with services? The Dukes Bank for vSphere application might be a perfect start for you!

But what is that mystery Dukes Bank application ? It is not widely known that there are let’s say “embedded” samples of multi-tiered vRealize Automation blueprints  that includes multiple machine components with networking and software components.

The ZIP file for Dukes Bank sample application blueprint is include on the vRA appliance, however to import it you have to use vRealize Cloud Client which can be downloaded here.

vRealize CloudClient is a CLI utility that provides verb-based access with a unified interface across vRA APIs, it is available since vRA version 6.2. The purpose of CloudClient tool is to create a layer of abstraction between vRA and end consumer, I mean Administrator of vRA to increase the ease by which he is able to run automated actions against vRA. It is worth to meantion that this tool is not a REST or SOAP API. It uses the vRA API instead.

Just to list a few of use cases for vRA API:

Going back to the point, after downloading the CloudClient you can run it from Windows as well as Linux, however I realized that if you want to import Dukes Bank application you must run it from vRA appliance.

Whilst running it from Windows I received an error like below: 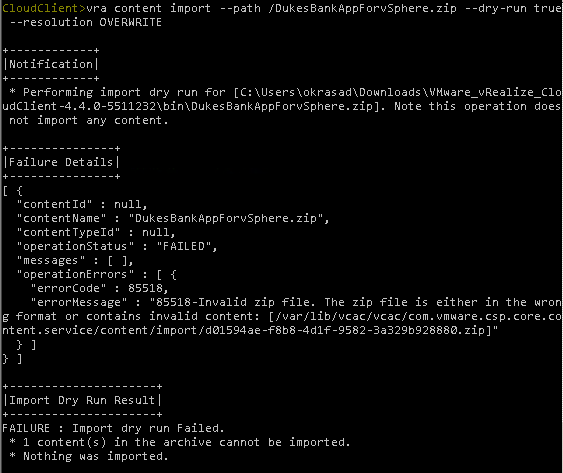 Well, my recommendation is to copy CloudClient into vRA appliance and run it using cloudclient.sh.

Before you will be ready to import Dukes Bank you need to download the package using following command:

Then you could copy it to /tmp for easier navigation. 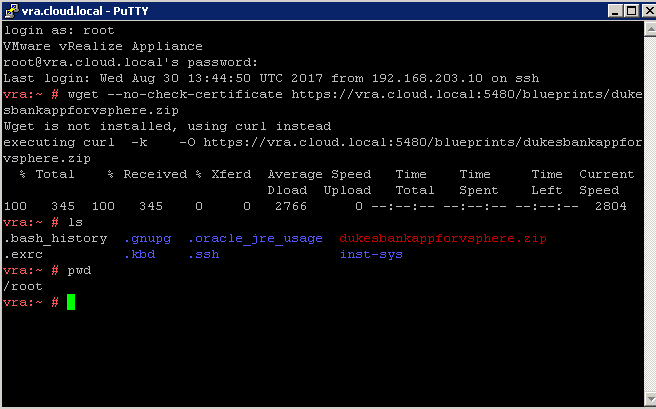 When you have the package it is hight time to run CloudClient and connect to vRA using following command: 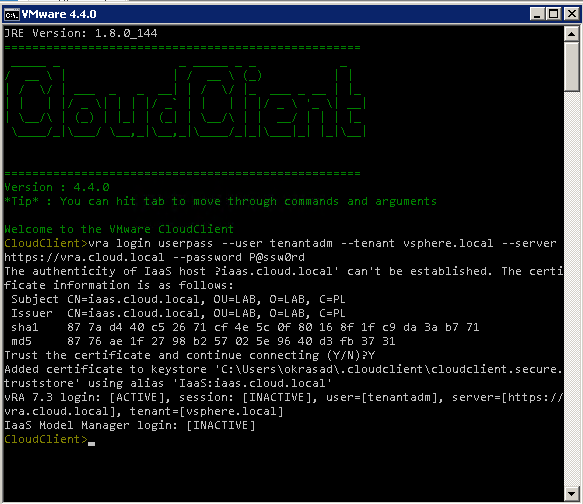 After successful login you can validate and import the package.

To validate use the following command with dry-run:

NOTE! Pay attention to capital letters, it is case sensitive.

To import the package change the argument of dry-run to false: 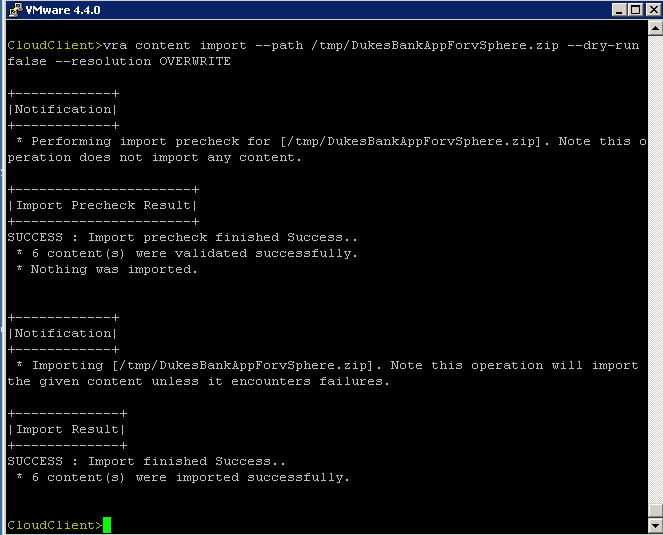 And that is it, the first step to deploy sample blueprints is done. You can validate that these packages are imported by from your vRA console. You need to log in as a user with software and infrastructure architect privileges. The Dukes Bank blueprints and software components on the Design > Blueprints tab and the Design > Software Components tab.